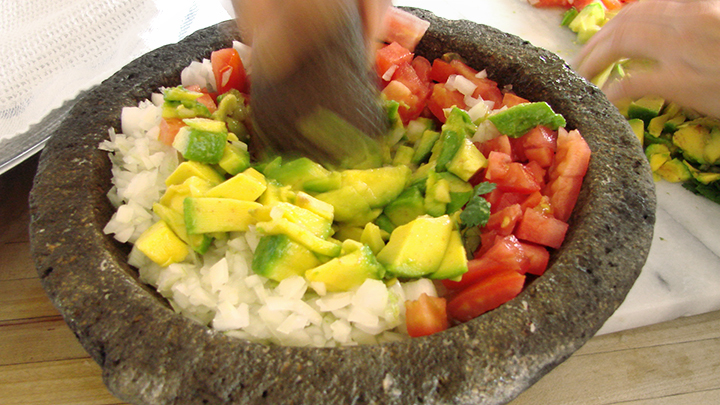 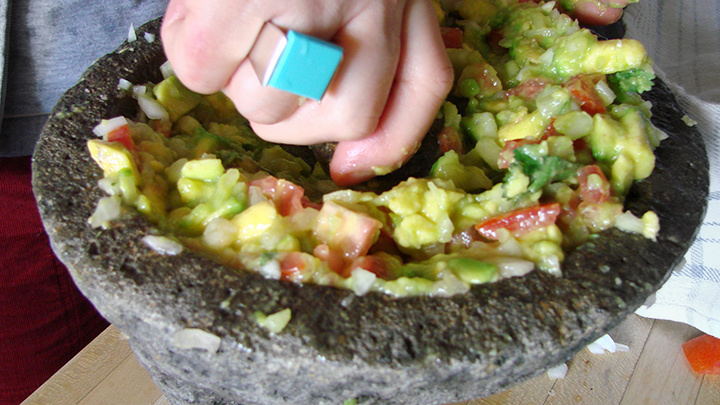 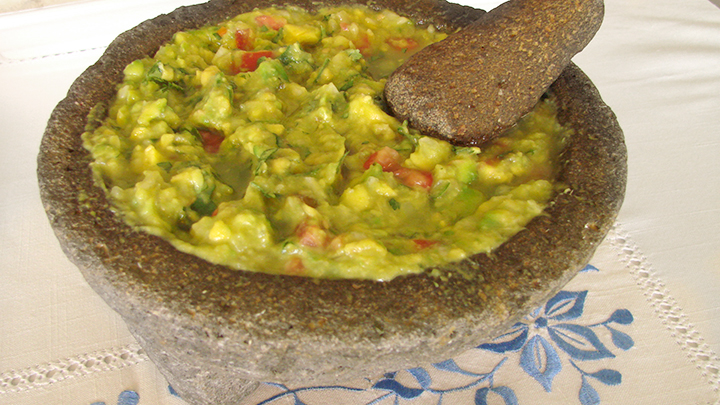 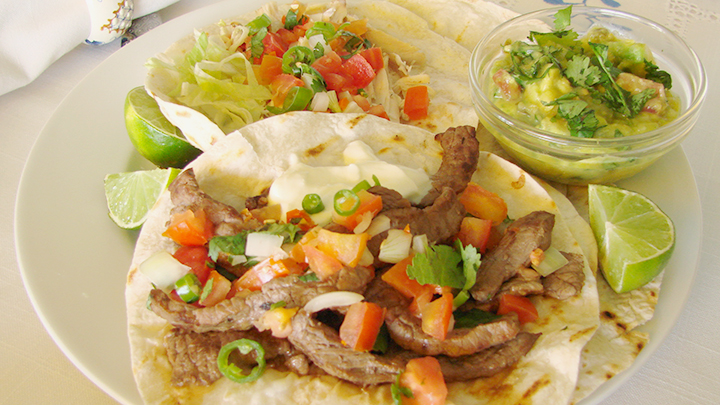 It was in New York where I learned to make guacamole, mole, and tortillas—and from there the simplest and most wonderful tacos de pollo. When the children were small and Laura was just a month old, we moved from Caracas to Manhattan with two nannies, one of them was Josephine, a teaching assistant from Mexico at the kindergarten across the street from my grandmother’s house. Every day she would get up early to make fresh tortillas. It was with her that I learned to eat chili. Her tacos were delicious, simple, and homemade. Later on I would give them a more sophisticated angle.

On weekends we went by bus to the Bronx in search of Latino grocery stores to get the ingredients. If we were lucky, we would find the flour in a little Korean store on our corner. When I moved to Los Angeles, we would eat tex-mex everywhere. Regardless, Josephine’s guacamole was still my favorite back then. There I bought a molcajete (mortar and pestle) that I still have and I use. Josephine ended up staying in New York after meeting and falling in love with someone she met at the neighborhood garden.

For the brown bean paste:

For the chicken:
Make a broth with chicken and all its seasonings. Once cooked, remove then shred the chicken and proceed to assemble the tacos. With the broth, strain the vegetables and season with salt to later serve with chopped cilantro before serving the tacos.

For the brown bean paste:
Soak the beans a day before preparation. The next day, cook them in a pot with water, onion and salt until soft. Let them cool and blend until creamy.

For the guacamole:
Mix all ingredients in molcajete until they become a thick cream.

For the pico de gallo:
Mix all the ingredients and put them in the refrigerator to marinate for an hour.

Serve the tortillas warm and place, in whatever order you prefer, the bean paste, chicken, guacamole, pico de gallo, sour cream, and cheese.

You can also make chicken fajitas with these same ingredients using grilled meat.