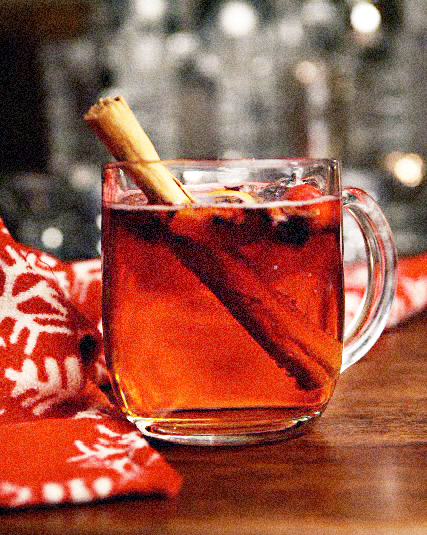 A mulled wine for winter. Wine-based winter drink with spices, citrus and apple cider. It can be prepared the same way without wine using only apple cider, spices and citrus.

The measurements are variable, add ingredient amounts to your taste. Heat the apple juice with the sugar until it has dissolved, add spices, citrus, wine and liquor. Cook for about 20 minutes over low heat. Serve with a cinnamon stick, a caster of apple, some blueberries or star anise.