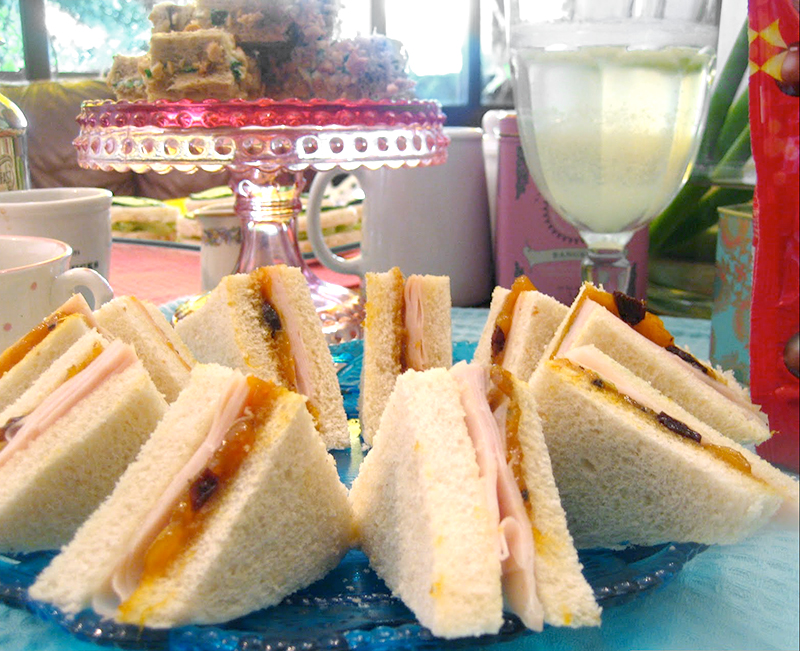 These are some of my favorite little tea time sandwiches to have at home, take it to a picnic or just to find an excuse to have a get together with my friends. These are turkey sandwiches with mango chutney, I just spread one slice of bread with mayo and in the other mango chutney and added slices of smoked turkey. 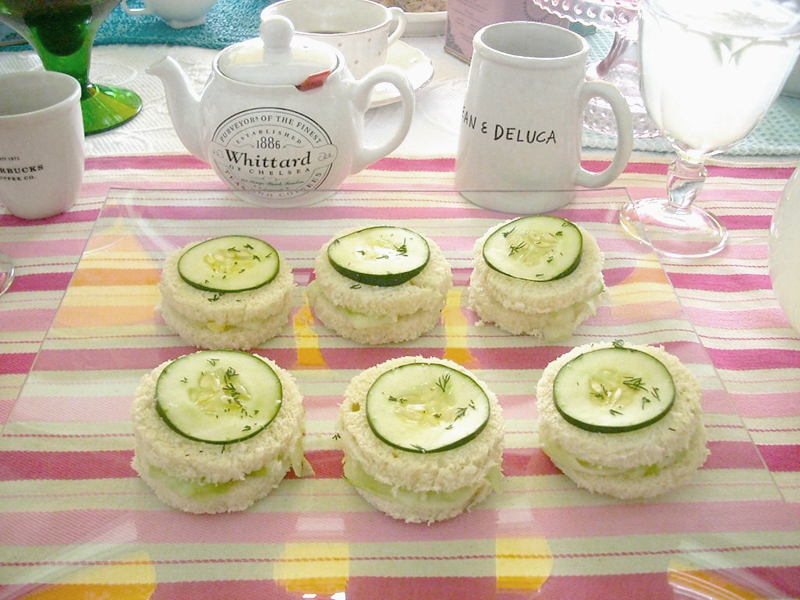 I always love the cucumber sandwiches, the secret is to thinly slice the cucumbers, usually sprinkle them with salt and little vinegar and leave to drain for a while, about half an hour, and place it on a sieve to remove any excess of juices from the cucumber. Spread the butter on thin bread slices, add layers of cucumber and close it by pressing with your hands. Cover them with a lightly wet tea towel until you are ready to serve them. 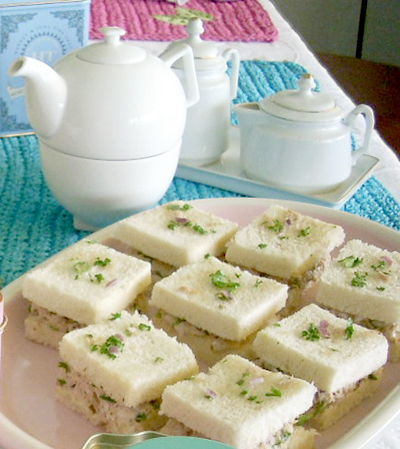 I have many recipes for tuna sandwiches, but this one is very nice. I chopped a shallot in to very small dices, chopped a small bunch of parsley and grated a lemon peel. In a bowl I mixed the tuna all ready drained with  all the ingredients chopped and one spoon of  the tiny capers. In an other bowl I mixed mayo with a little olive tapenade (you could make it or buy it already made) and added salt and pepper. Now I mixed both mixture and placed it into the refrigerator until it’s ready to use it. 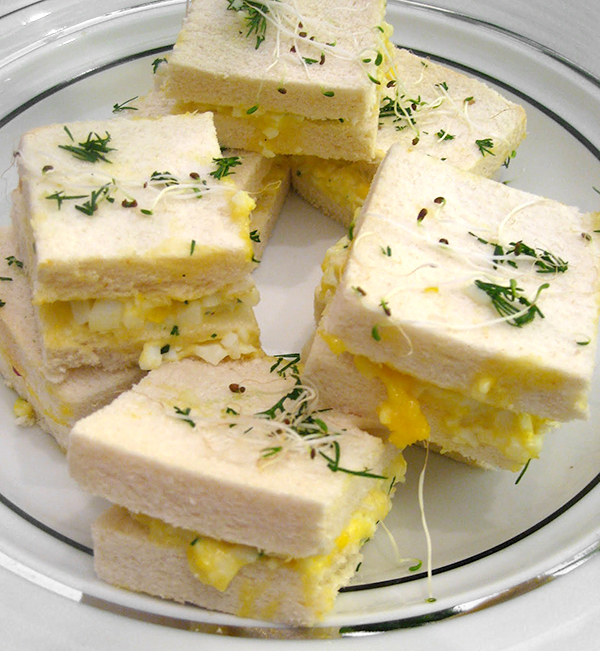 For the egg salad sandwiches I also have many recipes that I keep changing depending in what I have when I am going to make it. Yesterday a friend of mine called me from a tea room telling me how much she was enjoying what she was eating and  it and thinking about when she was living in England, as I did while I was a student. So immediately after the telephone conversation I started preparing little sandwiches for a late snack with a cup of tea.
I boiled four eggs, chopped the shallot into tiny dices. The egg yolk I mixed with a little dijon mustard, olive oil, few drops of worcestershire sauce, salt and pepper. I chop  very small the white of the boiled  egg  and mixed it with the chopped shallot, I added half a pickle and one cornichon diced very small and added a few spoons of mayonnaise to mix it all together. I spread onto thinly sliced buttered white bread and pressed the slices removing the crust. Everybody loves them! 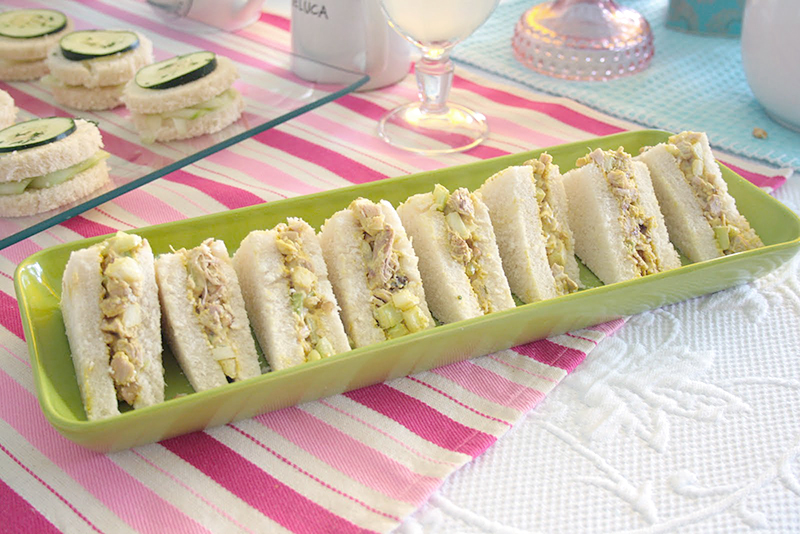 For the chicken sandwiches I cut in small cubes from a chicken breast all ready cooked and tossed with a thinly sliced celery and chopped walnuts. In an other bowl I stirred mayonnaise with a teaspoon of curry power, salt and pepper. I combined all and spreaded it on sliced  butted white bread, trimmed off the crust and cut into triangles.